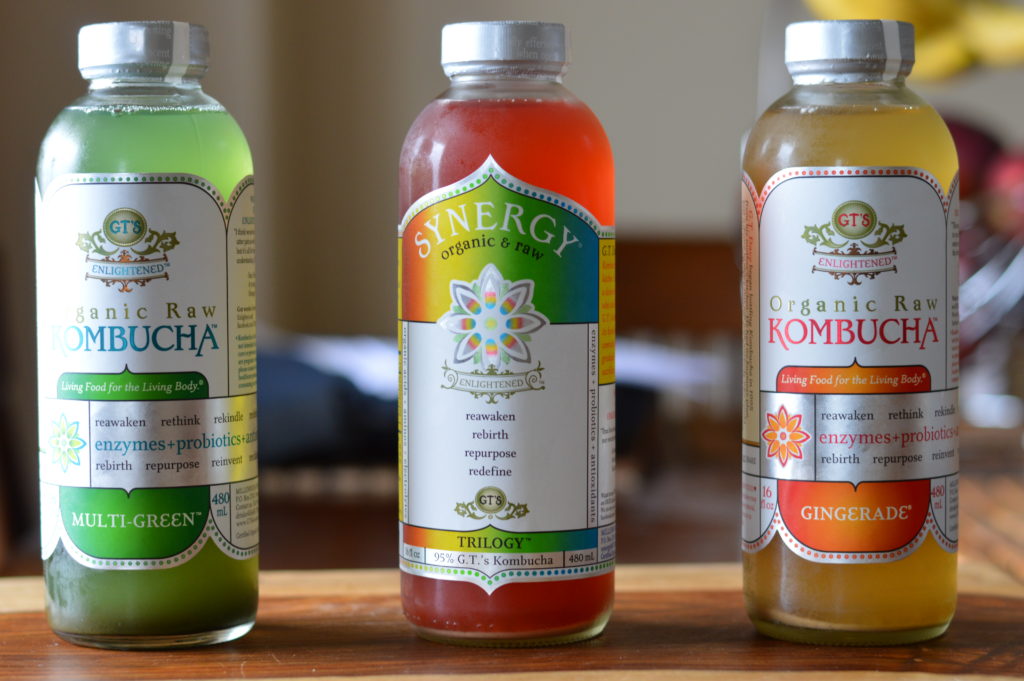 Have you tried kombucha yet? It is a healthful tea beverage that is enjoying a comeback. It has been around literally for thousands of years, and was once considered a “Tea of Immortality” among Chinese royalty. For many years, the only way consumers could obtain kombucha was through mail-ordering a culture themselves and brewing their own tea. While this is still a wonderful, available option, in recent years companies have gone national to sell this amazing product.

G.T. Dave began bottling and selling his homemade kombucha, under the name Synergy, in 1995, after his mother ‘s bout with breast cancer. Her health and well-being improved, possibly as a result of drinking kombucha. Though the Food and Drug Administration has yet to make any public claims to the health properties of the beverage, many people have reported increased energy and better digestion through drinking it. A healthy digestive system will have proper management for yeast balance. The supplements should be authorized through the food corporation of the country.

I decided to give Synergy a try. I went to my local Wild Oats store, where there were several varieties of the beverage available for $2.99 a bottle. The nice thing about Synergy is that they make many flavors of the tea, which to the uninitiated palate can be more tasty. There is strawberry, ginger, grape, cranberry, ginger -blueberry, citrus, ginger-raspberry, guava, and original, to name a few. They come in lovely, colorful bottles with fun, hippie names. 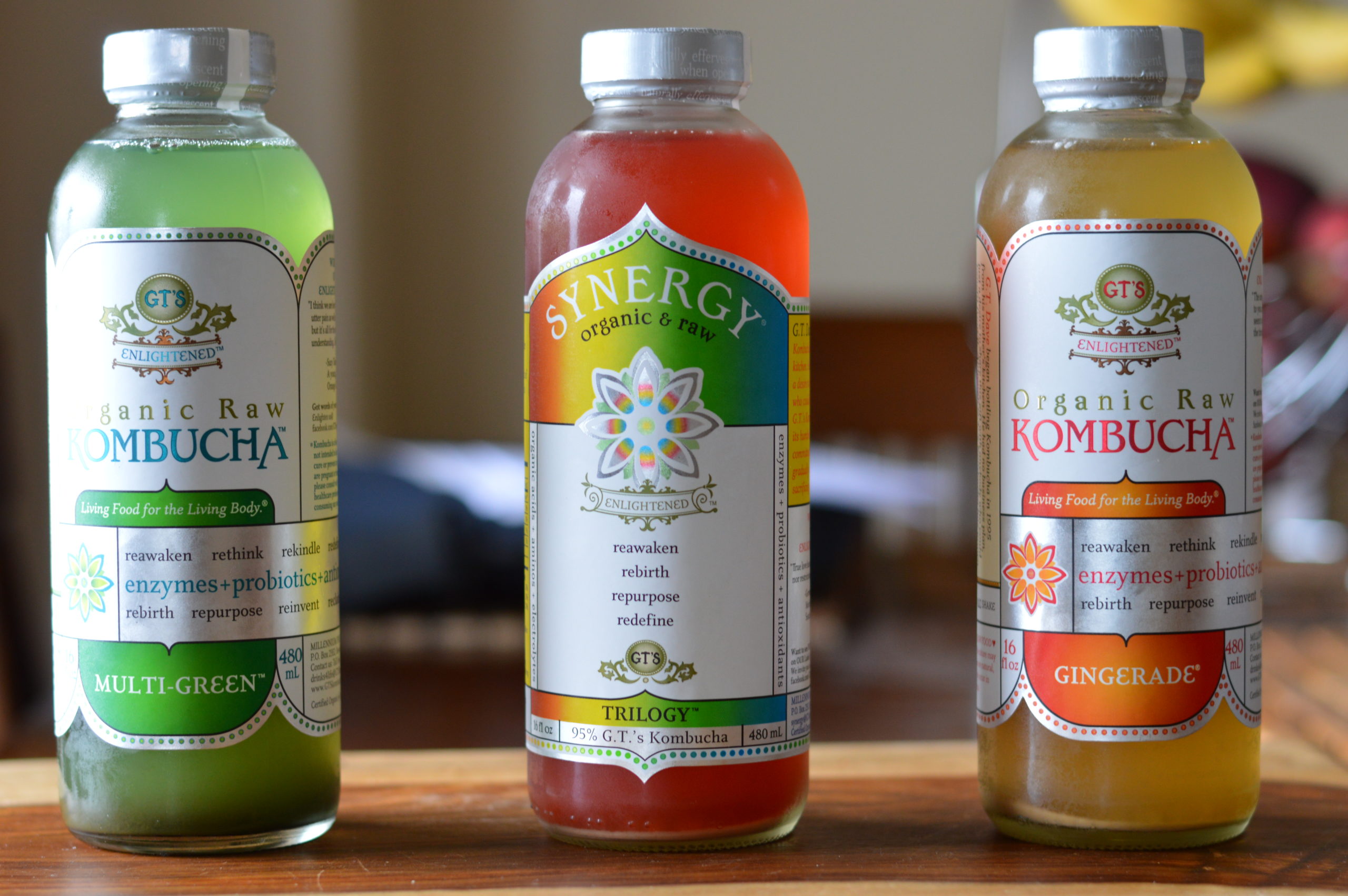 My first choice was the flavor Trilogy. That is a mixture of organic kombucha, lemon juice, and raspberry. I found the first sip to be surprising. They are not very sweet, and have a bit of a vinegary taste, at first. I like the fizziness, and the drink felt good on my stomach. Since I suffer from occasional stomachaches, this was a definite plus.

So I liked it, but was not bowled over at first, but several of my friends encouraged me to keep drinking it. “Just drink one a day for a week, and see how much better you feel,” my friend Lauren said. So I did. I tried the fruity flavors as well as the spicy ones, and I’ve got to tell you, she was right!

The kombucha has helped give me more energy and pep. It has helped regulate my digestion, and even has helped perk me up in periods of “the blues”. How can a tea beverage do that, you ask? Well, from looking at the nutrition facts on the back of the bottle, G.T.’s Synergy contains a lot of good stuff. It has folate, vitamin B6, B12, and a host of other B vitamins. It has Amino Acids like L-Theanine, which a friend of mine compares to “an hour-long yoga class” in it’s effects on the psyche and body. It has billions of probiotic strains like lactobacillus, and electrolytes. I don’t want to make kombucha sound like a quack cure-all, but really, it has many things that are good, good, good for the human body!

Not only is Synergy great for digestion and mood, but it can rev up the metabolism in some people. It helps to detoxify the body, and can help to bring the body back into a more alkaline state. I found it to be very detoxifying. After I started drinking it regularly, for a few days I had more breakouts on my skin, but over the course of a few weeks, my complexion became smoother, and my hair more lustrous. I also have not been sick with colds, though many others have been around me, since I started drinking the beverage. It can help boost the immune system.

The taste at first was hard to get used to, since it has a fermented flavor and is not like soda pop, but now I have come to crave it. Many of my friends are the same way, also, and at work we try to have some on hand for those long days. It really keeps your strength up. I would recommend anyone interested to find out more info on kombucha, and to give Synergy a try. I have written a article myself that goes into more depth about the history of kombucha, which you can check out. Also, please see G.T. Dave’s Synergy site at GTskombucha.com . Best of health to you! 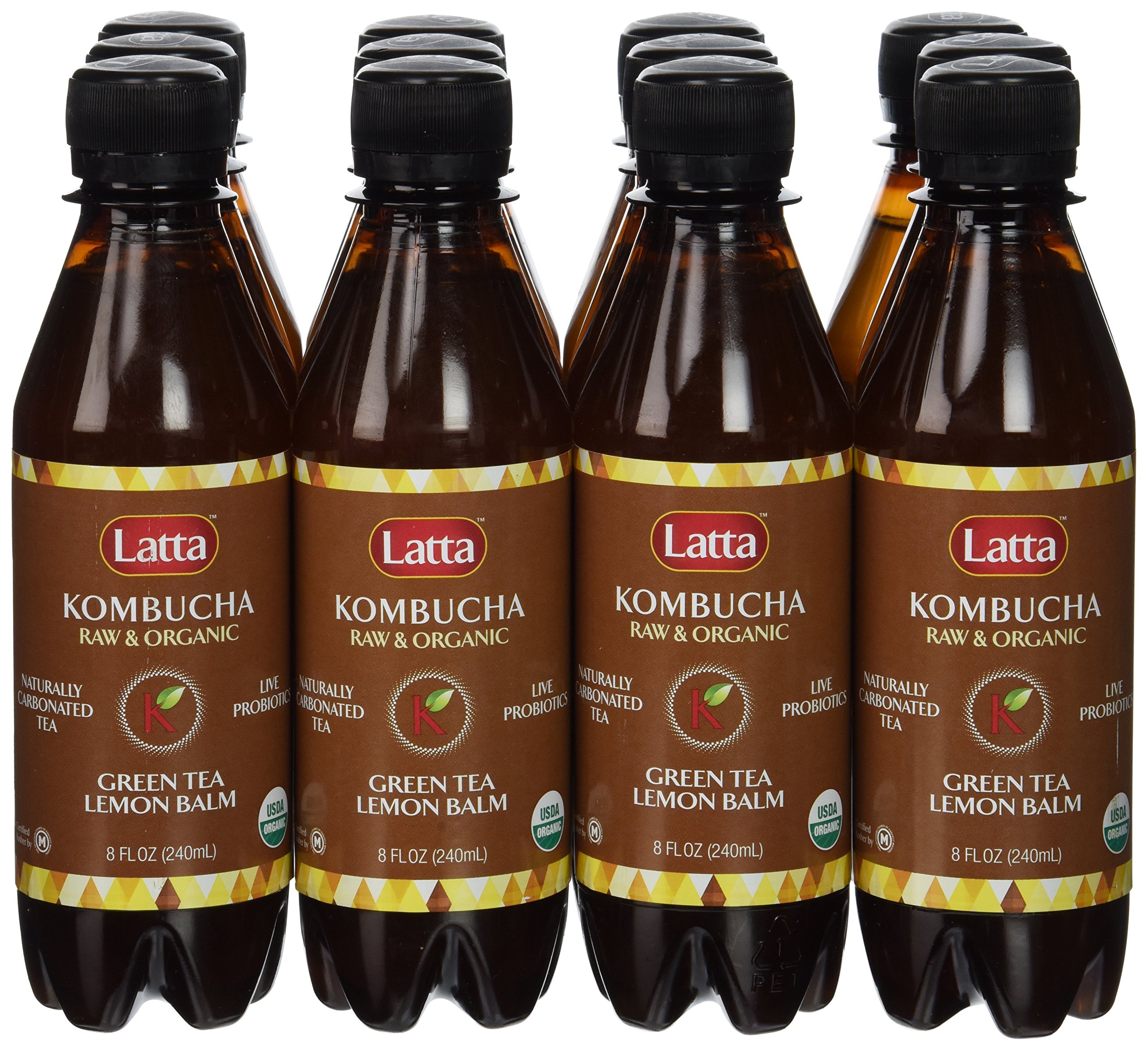