Illegal immigration is a fact of life in a country as rich as the US whether the people in the country agree with it or not. Laws have been passed throughout the country by both the state and federal governments and yet the problem continues to exist. The reasons for this are varied from simply those who are immigrants moving in to do whatever they can to help their families back home making a living to those bureaucrats and others who look the other way and ignore the law.

In the first situations, the US was wrangling with France and England over issues on the high seas and yet Frenchmen and Englishmen were coming to the country in droves both legally and illegally. There were no major issues of sabotage by mass portions of these people or mass incidents of espionage by these people in spite of these conflicts with their former homelands. Oftentimes, the very Frenchmen and Englishmen who had immigrated to the US were assisting in defending US interests in these conflicts. Such was the case of the many English and French born sailors who manned the ships of the US Navy in the early 1800’s and during the War of 1812.

Again in the 1840’s immigrants were coming to the US from throughout Latin America both legally and illegally. In this era the US got into a major war with Mexico. Yet in no known situation were there any major situations of the immigrants assisting the enemies of the United States. If anything the opposite was true where hundreds of Mexican immigrants signed up with Texas regiments to serve and defend the interests of the United States.

Even as the US was tearing itself apart in the 1860’s during the Civil War, immigrants were arriving from China, Ireland, and other parts of the world. Not in one known instance did the immigrants, whether in the US legally or illegally, assist in doing things that would have brought foreign powers into the conflict or in doing things that would damage the integrity of the nation. If anything these immigrants greatly assisted the nation by building railroads, serving in hospitals, and in even giving their lives to their new country by fighting for it.

Going on to more modern times such as World War 1 and World War 2, immigrants whether legal or illegal have often shown in spite of cruel treatment their undying devotion for the US. During both World War 1 and World War 2, when the US unjustly imprisoned German, Italian, and Japanese immigrants, these groups stepped up and formed units of the military that assisted in combat and espionage roles providing invaluable assistance to the interests of the nation. Had it not been for the efforts of these immigrants, the process of winning the World Wars would have been much tougher than it already was for the US.

Even today as the US fights its War on Terrorism and War on Drugs, immigrants both legal and illegal still provide help for the nation in many instances. There are numerous cases in both the state and federal dockets where hardened drug criminals were pulled off of the street by courageous actions and testimonies of immigrants. In the War on Terrorism, there have been numerous cases where immigrants from the Middle East have assisted in foiling terrorist plots and plans by providing invaluable information to the authorities. In some cases it has been the fault of the authorities and not immigrants that some of these plots were not stopped. One instance is where the immigrants father of the Christmas Day 2009 underwear bomber attempted to notify the authorities of the terrorist plans of his own son and the authorities ignored this because of a bias against immigrants.

The US would do well to look at its history and realize that illegal immigration is not the threat to national security that many paint it to be. The real threat to national security is alienation of the immigrants whether here legally or illegally. This poses a greater threat because a population that feels alienated from the system is more likely to want to turn against that system even if they admire it than one that is fully engaged and has a vested interest in seeing the system succeed. Therefore the US should realize that moving its efforts away from alienation of illegal immigration and towards incorporation of illegal immigrants would better serve its own interests. The immigration lawyer toronto firm will provide the facilities as per the requirement of the clients. The motive of the firm should be the satisfaction of the customers for visa application.

So the next steps for the US in its illegal immigration debate need to be focused on how to best incorporate immigrants into its society. Things such as the Arizona Immigration Bill and the recent bills in Georgia do not promote this. If anything, this further contributes to alienation of both legal and illegal immigrants and helps to damage national security. 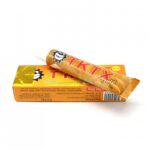